The Meaning of Promise Rings: a Symbol of Commitment.

The answer to the question “what is the promise rings meaning – what does a Promise Ring mean?” has had different answers over the centuries, depending on when the question was asked. The common denominator has always been a commitment or a promise.

In principle, a Promise Ring is a symbol of commitment, a sign that you are serious about your relationship …. but not yet ready to get engaged.

However, wearing a ring can also signify other forms of commitment:  a symbol of chastity and purity, of loyalty and friendship; as well as a promise to be faithful and true to the one you love. We give below a summary of the different promise ring meanings – the different meanings that a Promise Ring can have.

Romantic promise rings: a symbol of the love between two people; a public statement demonstrating a commitment by each of them to stay true to each other as their love grows.

True love waits rings: similar to purity rings: a commitment to abstain from sex before marriage and often agreed between the couple and supported by family and friends.

Friendship rings and loyalty rings: a way of expressing an attachment between very close friends. This is usually a platonic relationship but can build into something stronger.

Claddagh ring: a traditional Irish ring with a unique design which represents love, loyalty and friendship; originally a betrothal and engagement ring but now more often used as a friendship/loyalty ring.

Faith rings, christian rings, religious rings: worn by both men and women to symbolize a commitment to God. It can also symbolize a promise to keep oneself pure and holy until marriage.

Poesy or posie ring: gold rings with a short inscription on their surface, popular during the 15th-17th centuries in both England and France as lovers’ gifts.

Eternity ring: a ring usually given by the man to his wife or partner to symbolize never-ending love – usually given on the occasion of a significant anniversary.

Whatever your reason for wanting a Promise Ring, they come in different metals – platinum, white and yellow gold, rose gold and silver –  and feature a full range of gemstones. There are heart rings, infinity rings, flower rings, knot rings …. you are really spoilt for choice.

A (Romantic) Promise Ring will be given by someone to the person he/she loves after the two of them have mutually declared their feelings for each other. Couples exchange promise rings as a commitment to stay true to each other.

A Promise Ring is often given to his girl by the man alone, when he believes that his girlfriend cares about him as much as he does her and wishes to make his own feelings known.

For some couples, a Promise Ring may signify that they have agreed that they will eventually marry.

A Promise Ring may also simply represent an agreement between the couple that they will not date anyone else while they see how their relationship develops.

A Promise Ring can also act as a temporary engagement ring in situations where the guy cannot afford the ideal ring but wants to be able to make a symbolic gesture of his commitment to marry.   Promise rings are generally far less expensive than engagement rings and can provide a very acceptable temporary solution.

Sometimes, couples choose to wear a Promise Ring prior to moving in to live with each other; it provides them with a an outward symbol of their commitment.

As you can see, a Romantic Promise Ring can mean whatever you want it to mean … the common denominator is a promise

… but be sure to define and agree what you are promising. If you are planning to give your girlfriend (or boyfriend) a Promise Ring – or considering buying matching Promise Rings –  it is important that you define precisely what you are both promising.

And, of course, if you want help choosing just the right ring … one that will WOW! your girl/boyfriend and will not break the bank … browse through Our Promise Ring Selection. We have carefully picked out Promise Rings that we think are special … but are also affordable. If you want to push the boat out a little and spend a little more, there are Promise Rings for that too. 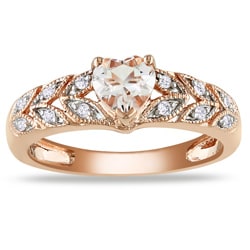 A little bit of history …..

Over time, the one basic principle has always been that a Promise Ring has been a sign of commitment, usually – but not always – associated with betrothal and marriage. In this context, Promise Rings (or Betrothal Rings) have been around in one form or another for hundreds of years – as long as there have been betrothals. Betrothals are mentioned in the bible and go back to the ancient Egyptians and Greeks and even earlier.

For many years the Promise Ring was a formal, outward symbol of commitment to marriage from one family to another or one individual to another – usually the former. Arranged marriages were the norm, with marriage being one way for a family to increase its wealth and standing. Marriages were used to formalize alliances between families – to secure borders and to extend their influence and power.

This was the situation for centuries with betrothal Rings (Promise Rings) playing a key role in formalizing a marriage agreement.

In Western society, the 18th and 19th centuries saw arranged marriages becoming less common; the desires of the individuals themselves started to be taken into account. Engagement Rings started to replace Promise Rings as a symbol of commitment and the popularity of promise rings declined steadily. However, arranged marriages still remained common in other parts of the world …. and still do today.

It was in the USA, in the 1950s and 1960s, that Promise Rings started to reappear. Boys started to adopt the practice of giving their girlfriends a ring, a fraternity pin or some other emblem that meant there was a commitment to date each other and no-one else started to. It was during this time that the term “promise ring” was adopted. Prior to this, promise rings had really be known as Betrothal Rings.

Modern day Promise rings are not betrothal or engagement rings:

Whilst it is interesting to make comparisons between historical betrothals, Betrothal Rings and current day Promise Rings, there are significant differences – the main one being that, historically, betrothals were primarily about women as property.  A Betrothal was commonly a marriage agreement made in the interests of the family, designed to safeguard property, increase power and wealth, strengthen bonds between families and for other strategic reasons.

Historically (and particularly) in royal and wealthy families, many betrothals occurred when the couple were only children, as strategic planning for the future. These betrothals and marriages were not about love and feelings but were simply a business transaction between families.   For this reason a betrothal was more like a modern day engagement, where a fixed agreement to marry had been made.

Promise Rings evolved from being Betrothal Rings into symbols of love of one individual for another.

Other types of Promise Rings

What we have described above are what we have called Romantic Promise Rings. These Romantic Promise Rings are usually given by a guy to his girlfriend or are exchanged between the couple: the guy gives his girl a ring and she gives him one in return. Sometimes these are matching rings, where the couple have deliberately gone out together to buy couples promise rings. In all cases, the rings are an outward demonstration of the feelings that the couple have for each other.

A romantic promise ring is a visible symbol of a commitment.

However, there are other forms of commitment and promise rings are often worn and exchanged for reasons other than romantic love.

They still symbolize a commitment but the commitment can be to another person (but without any romantic implications) to a cause, to oneself or to God.

These are for platonic relationships. They are a way for two people – either of the same sex or opposite sex – to express loyalty and friendship to each other. Each person promises to support their friend in both good and bad times, to be there if needed to provide moral support, whenever required.

These rings are used to represent a close personal relationship – but one that has no romanic undertones. They are often sold in pairs and worn by two people to denote their appreciation and unconditional support for each other.

Irish Claddagh Rings are traditionally associated with betrothals but couples are now using them more and more to symbolize loyalty and friendship. As such they are nowadays often used as friendship and loyalty rings. However, their traditions go back a long way.

In some Claddagh rings, the crown is missing and these are called Fenian Claddagh Rings.

The design and customs associated with the Claddagh Ring go back to the Irish fishing village of Claddagh, just outside Galway. The Claddagh Ring was first produced around the 17th century and Galway has produced Claddagh rings continuously since then. The name “Claddagh Ring” was first adopted in the mid 19th century. See our pages on Claddagh Rings.

They symbolize a commitment to abstain from any sexual activity until marriage and are commonly worn by teenagers. They Purity Rings are worn to formalize a personal commitment to abstain from sexual activity until marriage – hence the names Chastity Ring and True Love Waits rings. They are often bought by teenagers themselves, either individually or as a couple but there is also a practice where Purity Rings rings are bought by parents and presented in a formal ceremony.

These rings are worn by followers of a particular religion to symbolize their faith and commitment to God.  They are also sometimes worn as a demonstration by the wearer of a commitment to keep themselves pure and chaste until marriage; in such cases they are similar to purity rings as described above.

Usually, these Faith Rings are simple bands of gold or silver but are often engraved to display a religious symbol or the words of a personal vow or prayer. Recently, the design of Faith Rings has tended to incorporate more intricate and more dramatic religious symbols.

These were common in Europe in the 15th to 17th centuries. Posey Rings were simple gold bands engraved on the outside (or inside) with a brief sentiment – a promise, a poem, the lyrics of a romantic song.

Posey Rings were used as a lovers’ token, using Norman French, Latin and English to express the desired sentiment.

This is a woman’s ring given by the man to his wife to symbolize never-ending love and given on the occasion of a special anniversary.

The ring usually comprises a gold or silver band – or a band of some other precious metal – set with a continuous line of identically cut gemstones. These are often diamonds.

A recent trend is the giving of Journey Rings

. A Journey Ring is a symbolic piece of jewelry that can symbolize many things but usually a  relationship status of some kind. It is called a “Journey Ring” because it starts out small and gradually gets bigger in size. Either new gemstones (often diamonds) are added or additional stackable rings are bought to create a more dramatic effect.

All of this symbolizes the way a relationship matures and develops over time.

All these Promise Rings are worn as a demonstration and a symbol of a commitment and the commitment itself can represent any kind of promise – to oneself, to an an idea, to an institution or to another individual. The promise ring meaning is usually a private thing and not always clear to a casual observer.